DEE SNIDER nuevo vídeo ‘Down But Never Out’

“Moonglow” is a great album that offers everything we would like to have on an AVANTASIA album … and more. Read our review here.

AVANTASIA, the commanded project directed by Tobias Sammet, launches its eighth album under the title “Moonglow”, through Nuclear Blast Records. The badna has been presenting its latest albums as a dream combination of great voices of the genre such as Alice Cooper, Klaus Meine and Rudolf Schenker (SCORPIONS), Bruce Kulick and Eric Singer (KISS), Eric Martin (MR BIG), Biff Byford of SAXON or the former leader of TWISTED SISTER Dee Snider, for whom Tobias has composed songs that are always full of melody and good taste.

In this new album with 11 songs we are not going to run into an exception. Sammet has put together a fantastic collection of voices, and styles that blend perfectly back into its compositions. This time we can enjoy with the voices of Geoff Tate (Queensryche), Ronnie Atkins of PRETTY MAIDS, Michael Kiske of HELLOWEEN, Jørn Lande, Eric Martin (MR BIG), Bob Catley of MAGNUM, Hansi Kürsch of BLIND GUARDIAN, Mille Petrozza of KREATOR and the BLACKMORE’S NIGHT singer Candice Night.

After this barrage of names, let’s go to the important thing. And it is that “MOONGLOW” by AVANTASIA is more than a collection of good musicians and a great director. Moonglow is a fantastic musical production full of nuances and require a good degree of attention to not miss anything.

It all starts with “Ghost In The Moon” which is a clear continuation of the “Mystery of the Blood Red Rose” from the previous album. We can hear a piano in the purest Meat Loaf style, with guitar riffs that are incorporated slowly developing an atmosphere that takes us to a break before the chorus, which does not disappoint at all. It does not stop there, the subject is for a lot and very varied, going through slower phases, alone with a classic hard rock style, more theatrical moments completing a 10 minute song that is like many songs in one.

“Book Of Shallows” is perhaps hardest track of the album. Although at the beginning you do not expect what will come later. Parade of masters with the voices of Tobias Sammet, Ronnie Atkins, Jorn Lande and Hansi Kürsh supporting the global structure of the song, which reaches its peak with the hardness of Mille Pedrozza that brings a metal touch demonstrating the magic of Sammet to combine perfectly.

“Moonglow” is the song that gives name to the album and the second single that arrived during the last weeks where Candice Night makes with Sammet a beautiful song that seems to be written for whoever sings it. Possibly it is the most commercial issue of the album. The song is also full of hooks that will be s well settled in our heads.

“The Raven Child” is other song already known from the album. 11 minutes of song that starts off soft and semi “trembling” with the voice of Hansi Kürsch who exchanges stanzas with Tobias on a simple musical base with a medieval spirit. Calm phases are interspersed with more powerful ones, and a hard rocke rhythmic base maintains the song until it reaches the chorus and an interesting set of riffs.

Beware! the Vikings arrive. Jorn gives the relief with his usual attitude and strength … Come all to sing!

“Starlight” is all the opposite to what has been seen so far on the disc. Here Sammet does not beat around the bush with a structure of simple, melodic, agile theme and catchy chorus with the Avantasia trademark.

We bequeath to the first appearance of Geof Tate in the album … Another character that is nice to hear and that in this “Invincible” embroiders it. In this ballad he shares the spotlight with Tobias completing a beautiful and intense song in which both defend the song helped simply by a piano and some keyboard that helps create that melancholy atmosphere from beginning to end.

An end that is not such as it directly engages with the next track “Alchemy” that starts in the same line as the previous one (in fact, it could be the same theme), but after a few seconds, all the bands arrive to give strength to the theme and lead back to a melodic chorus, catchy and very singable.

“The Piper At The Gates Of Dawn” starts with some strange sounds, with overly digital keyboards for my taste, but that soon become a strong musical base, with powerful rhythm, growing stanza, chorus to scream and even a few “ouououou” “They will give a lot of live game. In this topic we have Lande in his line, Eric Martin demonstrating how he defends himself in these powermetaleros lares. And, last but not least, the friend Catley appears with his particular style, and kind of voice that makes you want to hook and hug (Because with Lande I dare not hahahaha)

In “Lavender” Bob Catley appears again to carry the weight of a song that, supported by blunt guitars, symphonic sounds and a piece of melody gives us what could seems a simple and easy chorus, but It gives me goose bumps.

“Requiem For A Dream” starts with a few seconds of almost ecclesiastical classical music to throw us suddenly in a power metal song, and who better to sing it than Michael Kiske. Without a doubt this was his subject, and Tobias did it thinking about him and how well the two of them are singing together this kind of songs. By the way, the parrot with the bass!

The party is over and he does it with a version. “Maniac”, the cut that was part of the soundtrack of FlashDance comes to this album in the form of a hardrock version with the voices of Tobias and again Eric Martin. I do not usually be very fond of this type of versions, but they must have caught me in a good mood because I liked them a lot. I’ll put it in my brief list of cool versions (Until now I think I only had “Ride like the Wind” by Saxon)

I can only lean and praise this master of the Rock that is Tobias Sammet and above all for this ambitious project that is AVANTASIA. In “Moonglow” we have the best of AVANTASIA with all its essence, great melodies, powerful choirs, incredible voices, overwhelming rhythms and, in short, MUSIC of the good with capital letters.

And If you want more… Go and see them live and enjoy what is surely one of the best musical shows for this year 2019. AVANTASIA tour info. 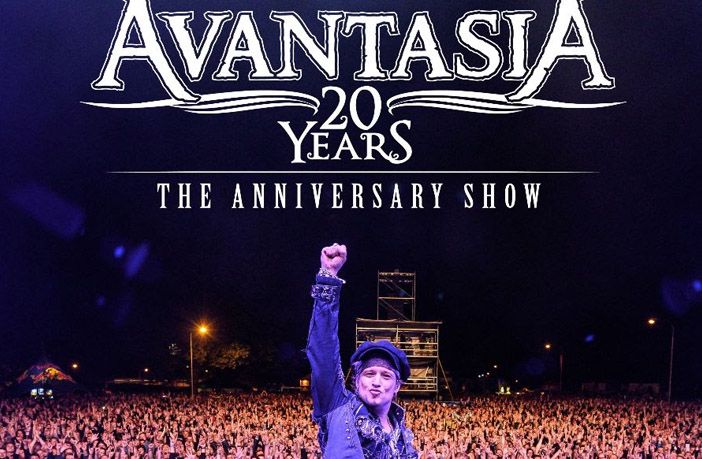 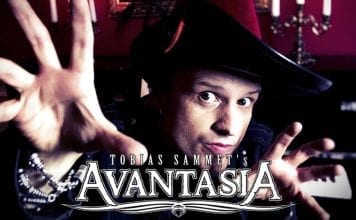 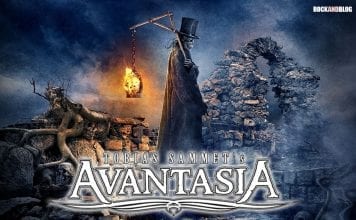 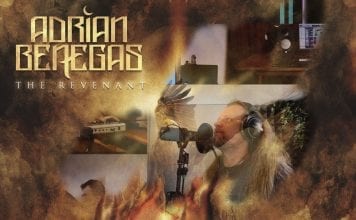